Ace Hardware anticipates the opening of most locations this summer with the average size store around 30,000 square feet.

“Ace is delighted to fulfill a need by bringing back the local, neighborhood hardware store in 11 California communities,” said John Venhuizen, president and CEO of Ace Hardware Corporation. “Ace intends to honor the tremendous legacy Orchard Supply Hardware established in these communities while infusing them with Ace’s unique culture and helpful service for which Ace has become famous.”

Orchard Supply Hardware had a long run in California retailing history, before Lowe's made the decision in August 2018 to close all 99 stores. Orchard was founded in 1931.

With 173 new domestic store openings in 2018, Ace Hardware has more than 4,400 stores across the country. The former OSH stores where Ace intends to open are located in both northern and southern California.

"The entire Ace Hardware team and I are very excited about our upcoming expansion into California. Our growth in the Golden State is the latest example of the vibrant and positive evolution the Ace brand has gone through during the past several years,” said Joe Jeffries, president and CEO of Westlake Ace Hardware.

Jeffries added: "We also look forward to joining the many other wonderful Ace retailers in the state and partnering with them to consistently deliver an outstanding consumer brand experience each and every day.” 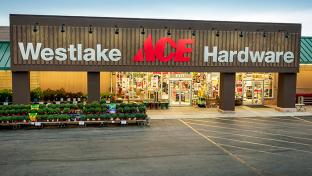