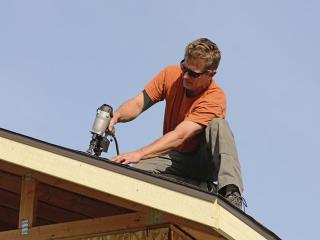 The number of open construction jobs soared to a record-high 449,000 unfilled positions in April, according to the Job Openings and Labor Turnover Survey data from the Bureau of Labor Statistics.

For the same period a year ago, open construction jobs were at 329,000.

According to the National Association of Home Builders (NAHB), this is the highest measure in the history of the data series dating back to late 2000.

In the latest Employment Situation Report, released by the Bureau of Labor Statistics on June 3, overall hiring increased by 390,000 in May as the unemployment rate remained at 3.6%.

But employment in construction increased by just 36,000 in May, following no change in April. This includes a gain of 17,000 in specialty contractor hiring in May.

The NAHB says the construction labor market remains tight, as the industry sees a rising number of job openings year-over-year.

The housing market has been entering a slowdown, partially due to higher interest rates and inflation.

Since that time, however, the sector layoff rate has been below 3%, with the exception of February 2021 due to weather effects.

The rate trended lower in 2021 due to the skilled labor shortage and remains low in 2022 as the market remains tight, the NAHB said.