Communication is key for dealers during the crisis

Communication is key for dealers during the crisis

In the age of the COVID-19 crisis, effective communication has been pivotal in relaying safety and situation updates to employees.

During the virtual 2020 ProDealer Industry Summit, leaders of several LBM organizations shared how frequent communication was used to keep associates and customers updated while putting them at ease.

Steve Swinney, CEO of Kodiak Building Partners, said, “All of us have had to work through business process changes,” including how to serve customers at locations and on job sites.

But he says the company wanted to communicate to its people during times of uncertainty and fear, noting that behind each employee is a family at home including husbands, wives and children.

In addition to frequent leadership meetings, calls, and video conferences, Kodiak employed video messages to employees along with relaying notices through an internal company app.

“That became an additional vehicle that we used to try to get messages frequent out to our people,” Swinney noted. Kodiak shared humorous messages with its employees just to lighten the mood. At the same time, Kodiak was listening to concerns and reassuring employees.

“Communication for me as a leader, through all of this, became a central point that I’ve really learned from,” Swinney said. Kodiak operates more than 80 locations in over 20 states.

“Everyone was concerned about their job, their wellbeing, restrictions from the government,” Perna says. “Sometimes the correspondence took a serious tone and sometimes it was light-hearted.”

“But the entirety of it was to deliver clarity and assurance,” Perna said, noting that dealer was adamant about retaining its entire staff. Hamilton also leveraged mass communication to coordinate and provide timely communication to customers and vendor partners.

“We wanted to be transparent at the very beginning,” Dennis Stine, CEO of Stine Lumber in Louisana.

Stine noted that “what we were trying to do was calm people’s fears,” especially when it came to younger employees such as cashiers.

“Some of these young people live at home with their parents,” he said, noting that Stine Lumber did every in its power to tell its employees that they had a safe work environment to work at.

In the first week of March, American Construction Source (ACS) CEO James Drexinger launched a daily “war room” to disseminate the latest intelligence and government updates in the nine states the company serves.

Keeping up with state, county, and changes on the local municipal level actually became a full-time job for an employee at ACS, Drexinger said.

In the early stages of the crisis, and as part of its deep safety culture, ACS mandated a safety mask regulation for all employees.

Drexinger also said that communication went beyond the properties of the more than 70 locations ACS operates. While safety masks became a condition of employment at the dealer, the company reminded employees to be safe and smart beyond the job.

ACS launched an educational campaign to remind employees that safety is an around-the-clock effort that should be followed “7-24.”

“It’s outside of the workplace that there is also all of the opportunity for exposure,” Drexinger said.

More from the ProDealer Industry Summit 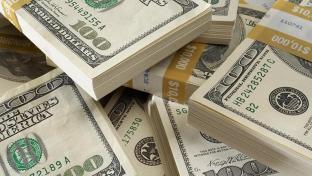 Maximizing the value of a succession plan

At the 2020 ProDealer Industry Summit, wealth expert urges for fine-tuning the value of a business prior to a sale. 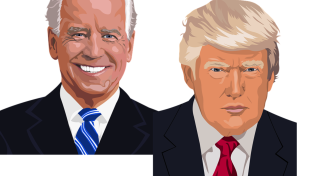 Washington update: Elections and other matters

Trump or Biden? Regardless, the NLBMDA is pushing its agenda in Washington.