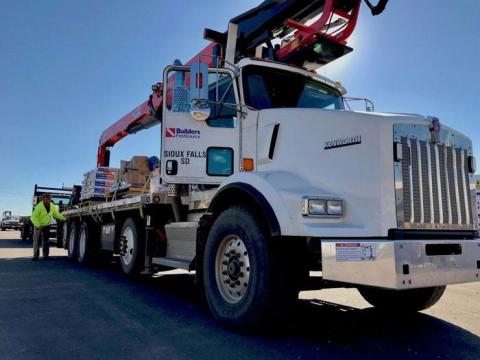 The latest move from Builders FirstSource brings its total repurchase plan to $1.5 billion.

Builders FirstSource announced this morning that its board of directors has approved an increase to the company’s existing stock repurchase plan in the amount of $1 billion.

“The board’s decision to increase the buyback program reflects our strong conviction in Builders FirstSource and our strategy to create shareholder value over the long term,” said Dave Rush, Builders FirstSource interim CEO. “Our market-leading position, differentiated customer value proposition and operating excellence all position us well to continue to outperform and generate strong free cash flow. Today’s announcement supports our capital deployment priorities of growing organically and inorganically and returning capital to our shareholders.”

Rush was appointed interim CEO following last week’s surprise departure of CEO and President Dave Flitman. Builders FirstSource noted that Flitman left to the company to accept a position in another industry. The interim CEO is a 23 year veteran of the company and previously served as executive vice president, strategic management office.

Under the share repurchase programs authorized by the board of Directors since August of 2021, the company repurchased a total of 61 million shares of common stock, or approximately 29.5% of the company’s total shares outstanding, at an average price of $62.23 per share for an aggregate investment of $3.8 billion.

Since that time, the company has repurchased an additional 1.1 million shares for $68 million at an average price of $63.05 per share, the company said.

Based in Dallas, Texas, Builders FirstSource is the largest U.S. supplier of building products, prefabricated components, and value-added services to the professional market segment for new residential construction and repair and remodeling.

The company operates 575 locations in 42 states.