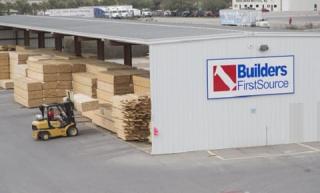 Builders FirstSource announced that it has launched an offering of $300 million aggregate principal amount of its 4.250% Senior Notes due 2032.

The Dallas, Texas-based company said that it intends to use the net proceeds from the offering to repay a portion of the indebtedness outstanding under its senior secured ABL facility and to pay-related transaction fees and expenses.

Consummation of the offering of the notes is subject to market and other conditions, and there can be no assurance that Builders FirstSource will be able to successfully complete these transactions on the terms described above, or at all, the company said.

The notes will not be registered under the Securities Act of 1933, as amended, or any state securities law and may not be offered or sold within the United States or to or for the account of any U.S. person, except pursuant to an exemption from the registration requirements.

The notes will be offered and sold only to persons reasonably believed to be “qualified institutional buyers”  and non-“U.S. persons” who are outside the United States.