The distributor reported that it has initiated a nationwide search for Harrison’s successor. Harrison will remain CHRO and work closely with Beacon President and CEO Julian Francis until his successor is appointed. He then will support the transition of his responsibilities until his departure, which is expected to occur during the company’s third quarter.

“Chris has been a valued senior executive and business partner throughout his time with the Company and his contributions were significant in helping Beacon grow from $2.2 billion in revenue in 2014 to a $6 billion Fortune 500 company today,” Francis said.  “As a trusted advisor and a highly respected mentor and coach, Chris has transformed our talent system, environmental health & safety, and diversity and inclusion strategies, resulting in a winning culture that is creating a sustainable competitive advantage.”

Harrison joined Beacon in 2014 from WABCO Group in Brussels, Belgium, where he was chief human resources officer for the global commercial vehicle, braking, and vehicle controls systems company.

“I could not be prouder to have been a part of the significant growth of this great company, working closely with such talented and passionate people,” Harrison said.“I am thrilled to have partnered with Julian in building the organization for the next phases of Beacon’s journey, and I am excited to now have the opportunity to be closer to home and family as I take on new challenges. Beacon is in excellent hands with Julian and our board, and I look forward to its continued success.”

Beacon distributes roofing materials and complementary building products in North America, operating over 400 branches throughout all 50 states in the U.S. and 6 provinces in Canada. The company has more than 90,000 customers.

“On behalf of the board, the executive committee, and all Beacon team members, I want to thank Chris for his leadership, dedication, and the personal sacrifices he made commuting to Virginia for the better part of six and a half years with the company,” Francis added. “His partnership and counsel over the past 18 months have been invaluable to me and I wish him the very best.” 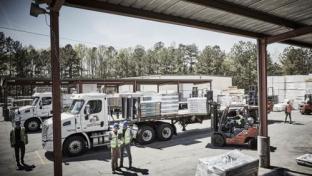 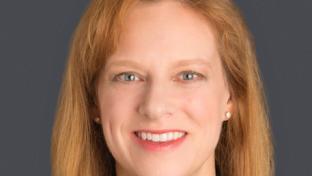