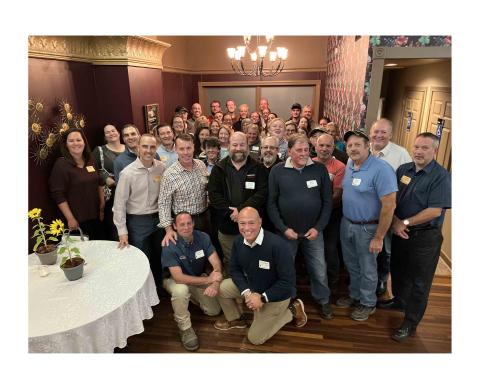 Brent Burger, the owner and operator of four Campbell’s True Value stores in Maine, has agreed to sell his business to the Aubuchon Company.

The hardware stores are in Madison, Skowhegan, Winslow and Farmingdale, all in Maine. Following the closing later this year, the Aubuchon Company will operate 112 stores in eight states.

“Brent has always been hands-on and committed to improving his business, investing in technology, store remodels, and most importantly, his incredible team of employees,” said Aubuchon.

Campbell’s companies started in 1972 when Val Roy, a local meat cutter, offered to buy Campbell’s Farm & Feed store in Madison. The business took on the True Value brand identity in 1976 and, over the years, expanded with a lumber yard, a rental store, and a consumer energy business known as Val-U-Energy.

“His passion for his people, loyal customers, local communities, and the industry as chairman of True Value is an inspiration. Congratulations to Brent on his incredible career,” said Aubuchon.

“Leading Campbell’s Companies for the last 23 years has been one of the greatest accomplishments of my career, not only for the success we achieved in business, but for the relationships it has afforded me with current and former Campbell’s associates, customers, and industry peers as well,” said Burger.

“Our success came from the collective efforts of my supportive family and my committed team members, many of whom have been with me for years. I am especially proud of the impact we have made as a community partner, grateful for the opportunity to give back to the communities we serve,” said Burger.

Burger also served as chairman of the board of True Value Company, when it operated as a co-operative.

Founded by William E. Aubuchon, Sr., in 1908, the Aubuchon Company said it is the oldest and largest family-owned hardware store chain in America. Now in its fourth generation, the purpose of the Aubuchon Company, it said, is to serve those who depend on us and build on our heritage with passion and humility.

“We’ll soon be officially welcoming the Campbell’s team to the Aubuchon family,” said Aubuchon. “We work hard, care for each other, and have fun. We couldn’t be more excited to carry on Campbell’s legacy.”