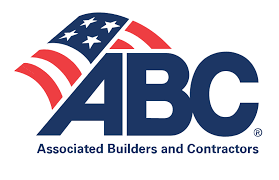 “Leading ABC in its 73rd year of serving this vibrant industry and defending free markets and open competition values is the honor of a lifetime,” said Graugnard. “This opportunity allows me to give back to construction, the industry that has given my company and me so much, and to ABC, which has meant the world to my personal growth as well as my company’s. In 2023, ABC will focus on increasing member participation in its STEP Safety Management System—a crucial ‘step’ any company should take to be safer—growing the workforce talent pipeline and promoting the merit shop philosophy in the political arena. I have the utmost respect for those who have served before me in this role, and I look forward to continuing to build that bright future for our industry.”

“The 2023 ABC Executive Committee will deliver exceptional value to our more than 22,000 members and their more than 1 million employees by advancing an industry that builds the places where we work, play, worship, learn and heal,” said Michael Bellaman, ABC president and chief executive officer. “It is humbling to work alongside industry and community leaders like Milton, Chair-Elect Buddy Henley and Secretary David Pugh and all our 2023 elected leaders. Together we will continue to deliver on ABC’s strategic goals of establishing ABC members as the world-class standard for total human health, safety and environment; increasing the political influence of ABC; leading the industry in workforce development and education; and growing and delivering value to a diverse and committed membership.”