Value added products sales, including windows, doors and millwork, and manufactured products categories, grew by 11.1% for the quarter.

“We continue to execute on our strategic plan and investments in margin accretive value-added products as well as customer service and efficiency enhancing initiatives which are targeted to generate strong, sustained earnings and cash flow growth,” Chad Crow, CEO of Builders FirstSource said in a prepared statement released today after the close of market trading. 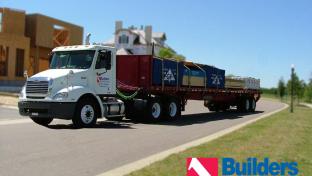