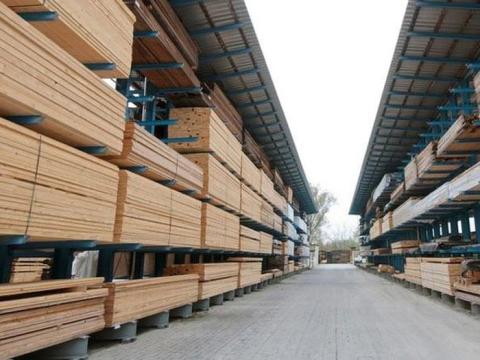 Following a new agreement between the United States and the United Kingdom over steel and aluminum tariffs, industry associations want to see a new softwood lumber agreement with Canada.

The new plan allows the United Kingdom to import up to 500,000 tons of steel and aluminum on a duty-free basis annually. Imports exceeding the limit are subject to a 25% tariff. This agreement replaces tariffs imposed by the Trump Administration in 2018.

While the National Association of Home Builders acknowledged the steel and aluminum agreement will help lower construction costs, the cost of lumber continues to harm home building costs and housing affordability.

“Now that the administration has moved to end steel and aluminum tariffs from the United Kingdom, it must act with the same sense of urgency to negotiate a new agreement with Canada that will eliminate tariffs on softwood lumber shipped into the U.S.,” said NAHB Chairman Jerry Konter. “With the nation in the midst of a housing affordability crisis, the lumber tariffs are contributing to unprecedented price volatility that has added more than $18,600 to the price of a new home since last August.”

“A failure to act decisively will be a bitter blow for American homebuyers and for housing affordability,” the chairman added.

The National Lumber and Building Material Dealers Association (NLBMDA) said it applauds the tariff decision made between the United States and United Kingdom.

“NLBMDA is pleased to see the Biden Administration taking steps to alleviate the current tariffs on British steel and aluminum,” said NLBMDA President and CEO Jonathan Paine. “As the voice of the LBM industry in the U.S., we have had several productive conversations with the Biden Administration regarding volatility in building material prices. This action will help to address that volatility and contribute to relieving challenges that currently exist in the residential construction supply chain."

But the NLBMDA also said that it wants to see more industry action from the White House.

"NLBMDA is looking forward to additional dialogue with the Biden Administration on further actions that will provide relief to the construction supply chain and housing in the U.S.," Paine said.

Both the NLBMDA and NAHB has pushed for a new softwood lumber agreement since President Trump was in office.

On Jan. 31, the U.S. Department of Commerce reduced countervailing and antidumping duties on Canadian softwood lumber from 17.9% to 11.64%. The move was made after the department previously doubled duties from 9% to 17.9% in November 2021.

According to the NAHB, lumber tariffs act as a tax on American home buyers and homeowners.

In a statement issued by the home builder association, it said that it “strongly believes that the United States must return immediately to the negotiating table with Canada to reach a long-term trade agreement that will put an end to harmful tariffs and ensure that American home builders and home buyers have access to a steady supply of lumber at an affordable price.”

“Few things would have a more immediate impact on lumber markets than a swift resolution to America’s ongoing trade dispute with Canada over softwood lumber,” the NAHB said.