In a period calling for safety and convenience, Ace reports big numbers.

The thorough third-quarter earnings report from Oak Brook, Ill.-based Ace Hardware Corp. is evidence “A” of that concept.

Among the big numbers:

• A 221% increase in revenue at Acehardware.com;

• A 28.9% increase in U.S. retail same-store sales, at the 3,300 or so Ace dealers who share data with corporate on daily retail sales; and

In its earnings release, the company tipped its hat to the unusual environment that has given birth to these numbers across much of home improvement industry – and specifically for Ace dealers.

The heightened importance of both convenience and safety, coupled with the shift in consumer discretionary spending from sectors such as travel and entertainment into home preservation, have distorted demand and driven much of the growth within Ace stores in the U.S.” the co-op said.

CEO John Venhuizen described the retail environment as “very difficult and demanding for both our customers and our associates.”

Ace Hardware Corp. also provided insights into the performance of its two major retail holdings – Westlake Ace Hardware and Great Lakes Ace. Combined, the retailers operated 194 stores at the end of the third quarter, picking up a combined 11 stores compared to the same time a year ago.

A 221% increase in our digital business and same-store sales growth of 28.9% fueled record revenue and earnings in an environment that continues to be very difficult and demanding for both our customers and our associates.
John Venhuizen, CEO

The bottom line also produced big numbers for the Oak Brook, Ill.-based co-op. Net income of $98.7 million was up 63.1% and marked a new record for Ace. The co-op also announced accrued patronage dividend to shareholders of $263.8 million, an increase of 66.9% from the first nine months of 2019.

“I want to genuinely thank the Ace team for their gutsy performance,” said Venhuizen. 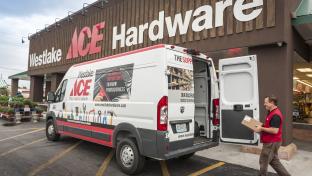 A soft opening of the new, Kansas City store could come as soon as late 2020. 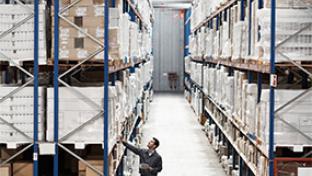 XPRESS Hardware is described as a store-within-a-store merchandising program.