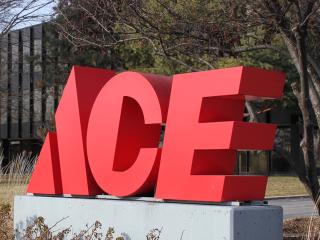 Outside Ace headquarters in Oak Brook.

Oak Brook, Ill.-based Ace Hardware Corp. says it’s planning on opening at least 60 more stores by the end of the year. Ace has already opened 110 in 2021.

"Our proposition for consumers is that Ace is the most helpful store on the planet; for prospective new store owners, our proposition is that Ace is the most financially and emotionally rewarding opportunity available," said Venhuizen. "An essential business, rooted in people, that exists to serve others; we are blessed with local owners who genuinely serve the communities in which they reside."

The co-op also announced that has opened more than 900 stores around the world in the past five years.

Ace said it operates more than 5,500 locally owned hardware stores in all 50 states and 70 countries, with global sales topping $20 billion. Through its co-op model, Ace disbursed dividends of $293 million in 2020 to retail shareholders—a 46% return for Ace shareholders, the company said.

Thursday’s announcement followed close on the heels of Ace Hardware Corp.’s second-quarter earnings, released Aug. 18. In it, Ace reported record revenues, as well as the addition of 61 new stores during the second quarter.