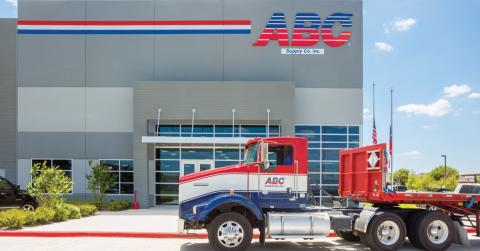 ABC Supply, the national distributor of roofing, siding, and building products has opened its latest location in Cleveland, Ohio.

The new branch is managed by Joey Fornaro who joined ABC Supply in 2007.

Fornaro began his ABC career as a roof loader at the company’s Mentor, Ohio location. Since, Fornaro has held several positions within ABC Supply, serving most recently as outside sales associate for the Twinsburg, Ohio branch.

“We’re excited to expand our service in the city of Cleveland with a second ABC Supply location,” said ABC Supply’s Northeast Region Vice President Tom Kuchan. “Joey and his team are doing a great job supporting local contractors and ensuring they have access to the resources and products they need to run successful businesses.”

Fornaro is a native of the Cleveland area and a University of Mount Union alum.

Headquartered in Beloit, Wis., ABC Supply has over 840 locations nationwide.

ABC operates more than 20 locations in Ohio including five branches in the greater Cleveland market.